H.H. Prince Dr. Bandar Ben Salman Ben Mohamed Al-Saud, Vice-Chairman of the Board of Trustees of the CRCICA, Honorary, President of the Union of Arab Gulf Lawyers, Honorary President of the National Lawyers Committee of Saudi Arabia, (Kingdom of Saudi Arabia), Judge Mostafa El Bahabety, Assistant Minister of Justice for Arbitration and International Disputes and Head of the Technical Secretariat for the High Committee for International Arbitration and the Ministerial Committee for Settlement of Investment Contracts Disputes in Egypt, H.E. Dr. Kamalinne Pinitpuvadol, Secretary General of AALCO and Prof. Dr. Mohamed Abdel Wahab C.Arb, FCIArb, International Council for Commercial Arbitration (ICCA) delivered their opening remarks at the Opening ceremony of the Eighth Round of the World’s Sole Biennial Conference while Ms. Anna Joubin-Bret, Secretary of UNCITRAL delivered a keynote address.

The session on the Second AALCO Annual Arbitration Forum (AAAF) was opened by H.E. Dr. Kamalinne Pinitpuvadol, Secretary General of AALCO who presented his remarks to introduce the Forum to the participants. He extended his appreciation to the Director and the team of CRCICA for organizing the Forum and reminisced about the necessity of the establishment of the Arbitration Centers under the auspices of AALCO which dates back to the 1970s.

The session was moderated by Dr. Gaston Kenfack Douajni, Director of Legislation at the Ministry of Justice, President of the Association for the Promotion of Arbitration in Africa (APAA) and President of the African Arbitration Association (AfAA) (Cameroon). Three Arbitration Centers were represented at the Forum namely; Dr. Ismail Selim, Director representing CRCICA; Mr. Lawrence M. Ngugi, CEO/Registrar representing Nairobi Centre for International Arbitration (NCIA) (Kenya) and Mr. Dennis Cai, Deputy Director of AALCO Hong Kong Regional Arbitration Centre (AALCOHKRCA) (China). CRCICA made a presentation on the topic of Immunity of the Arbitration Centers while NCIA and AALCOHKRCA focused on enforcement of the Courts and Arbitral Awards.

The session was followed by an interactive session where questions were taken from the floor. 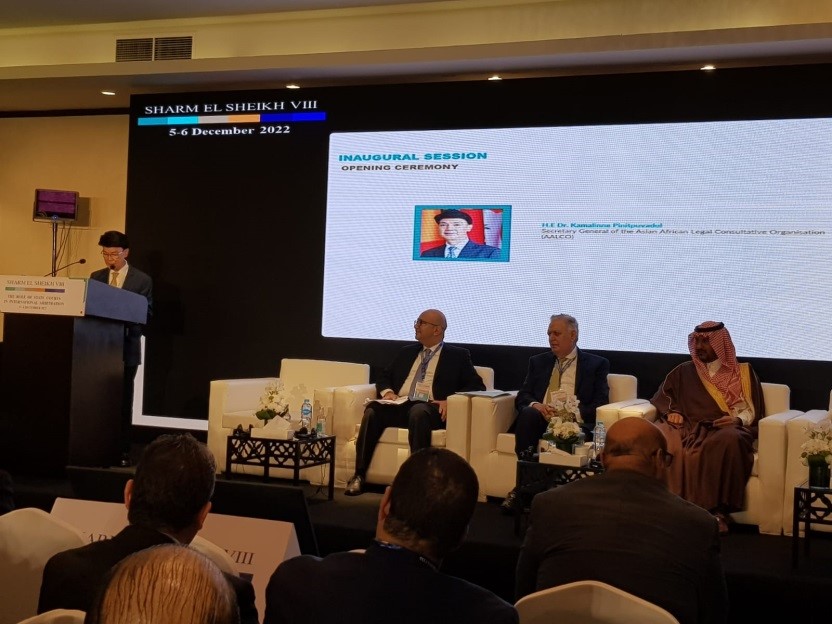 H.E. Dr. Kamalinne Pinitpuvadol, Secretary General  at the Opening ceremony of the conference on 5 December 2022 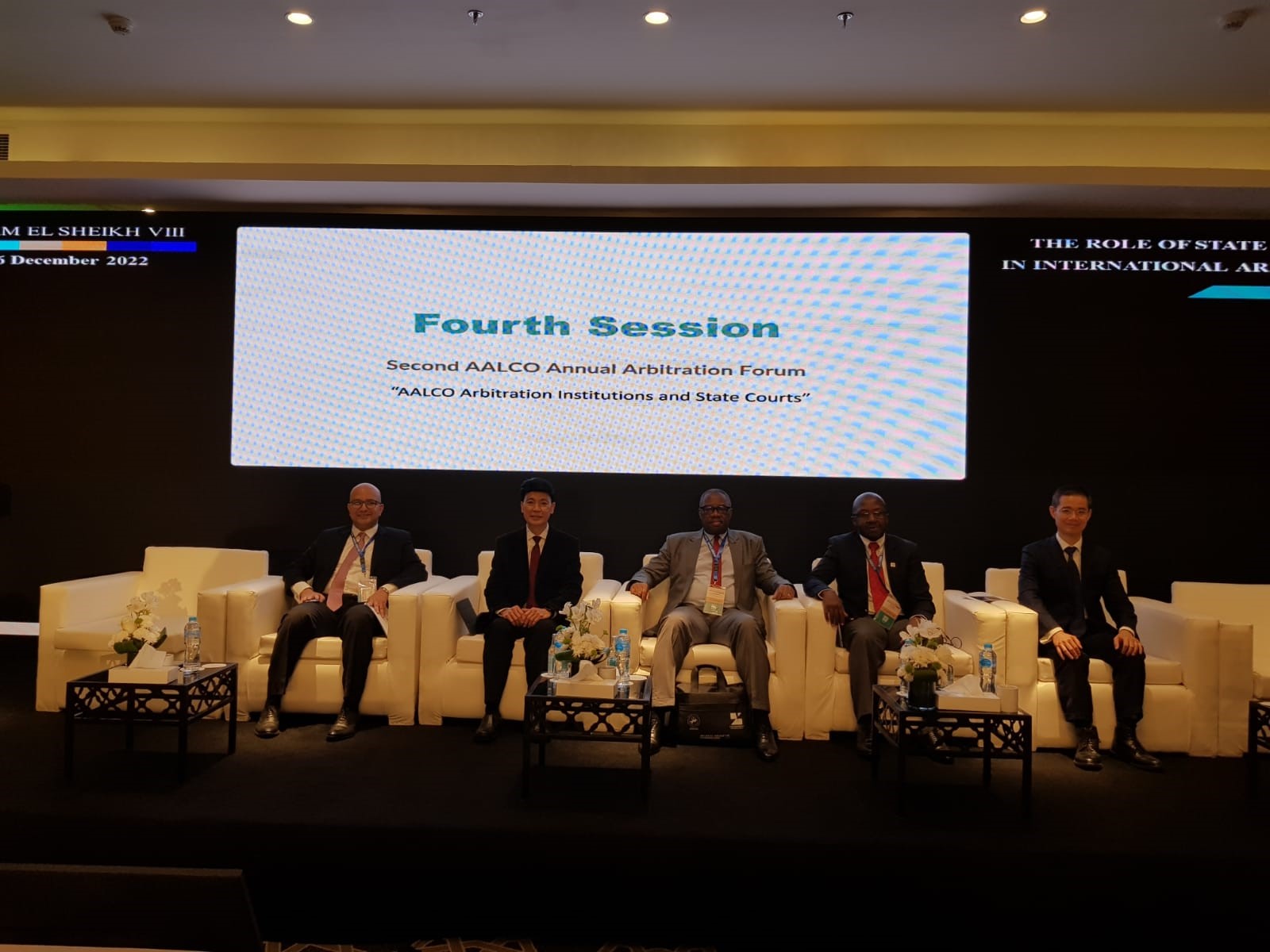 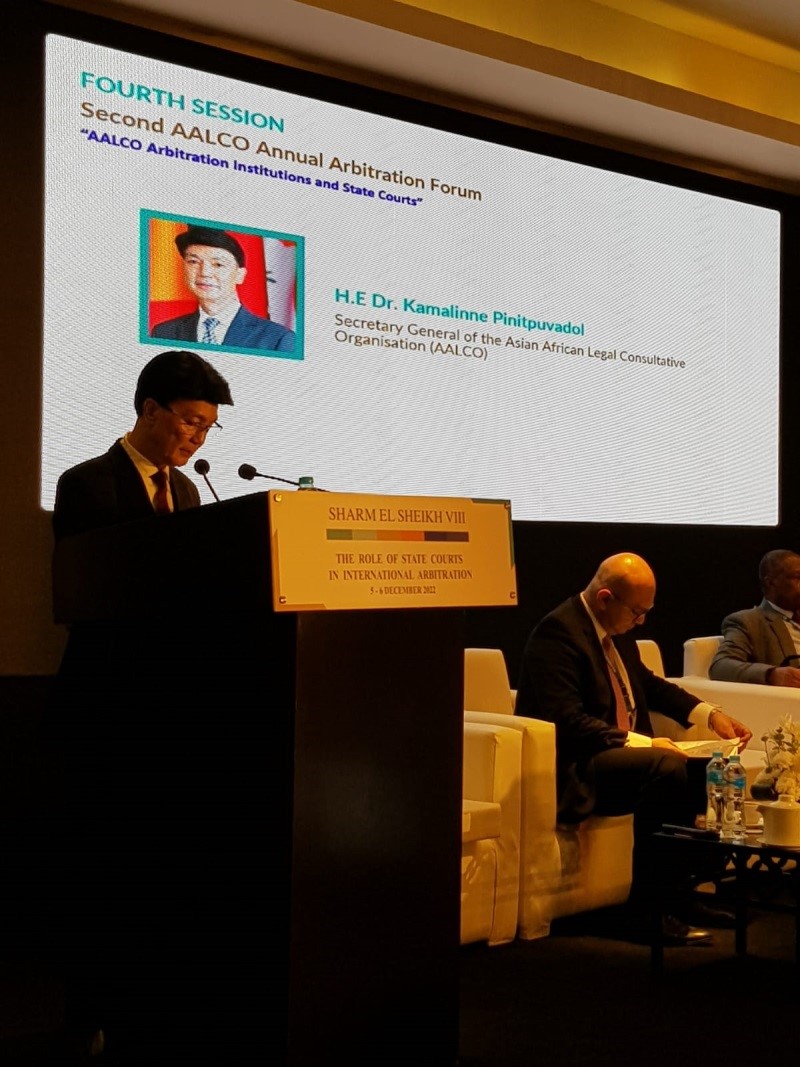 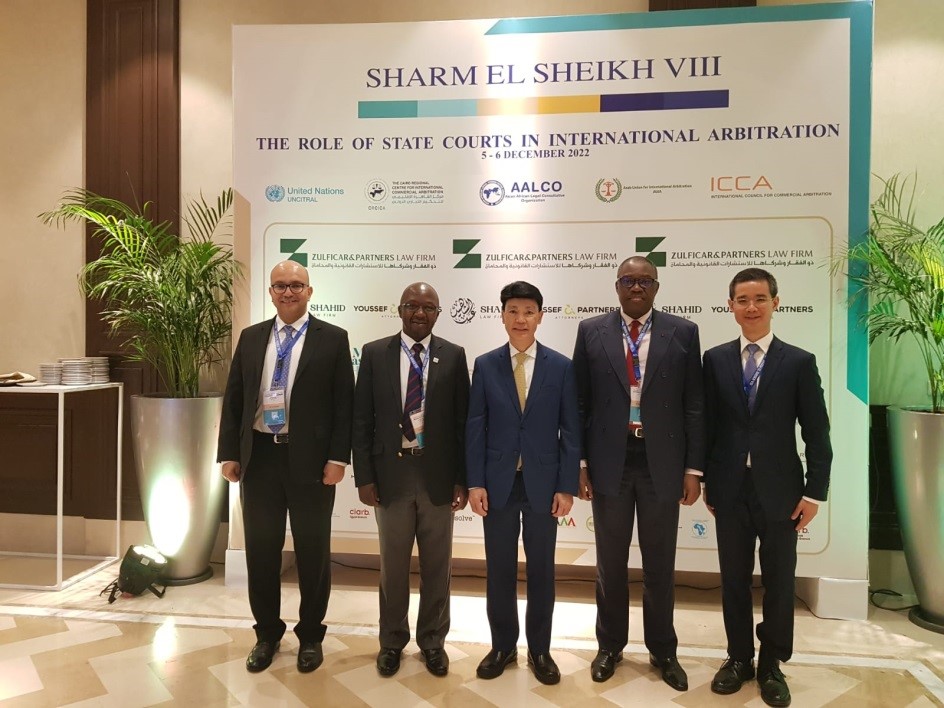 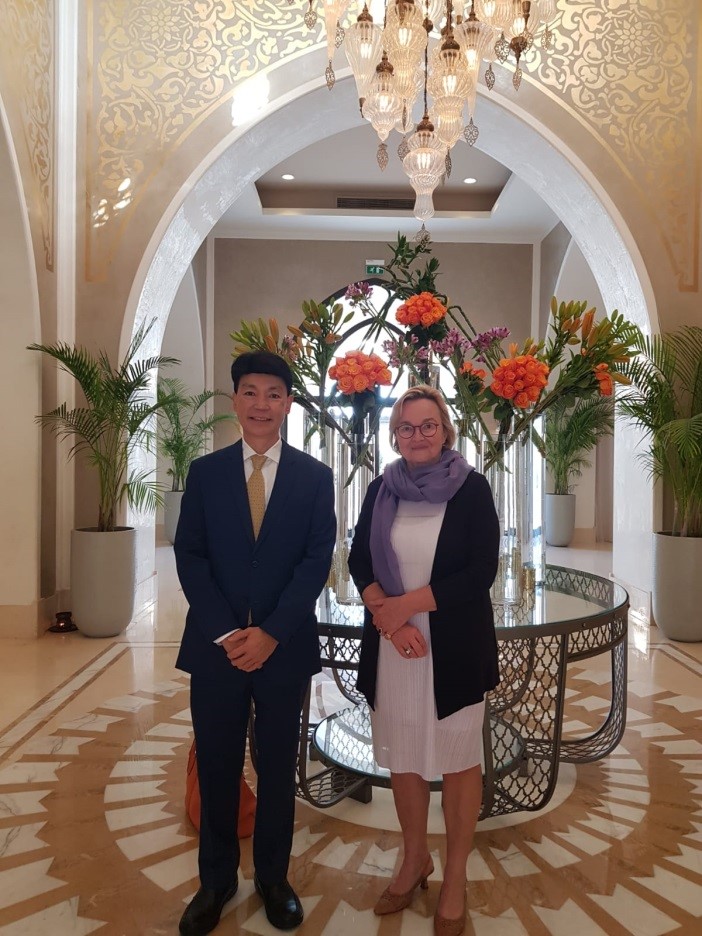